The Church of Scotland has called its first ever dedicated minister for the veterinary community.

Rev Allan Wright hopes to be the social and spiritual glue that binds together people who work in clinical practice in the north-east of England.

The 33-year-old from Glasgow is in a unique position to help build support networks because he is a working vet himself and runs a practice with his wife, Sharon.

"I am excited and daunted about taking up this new role, a calling which enables me to combine both my passions," he said.

"The profession needs a supportive ear, pastoral support, a wholistic approach to the welfare of staff and a real anchor in someone.

"I understand the struggles and the pressure because I am a vet and I will be there for all those who work in practices without judgement and agenda.

"Establishing a safe space within the profession but outside the workplace is important to allow true emotional discussion about the difficulties faced."

Mr Wright was ordained as an Ordained Local Minister (OLM) at the Parish Church of St Andrew in Newcastle on Saturday and inducted as the Presbytery of England's Pioneer Minister to the Veterinary Community.

His first task is to map out the location of all vet practices within 30 minutes drive of Newcastle and visit them to introduce himself.

Mr Wright will juggle his new role, described as a ministry of presence, with his job as a vet and plans to carry out his pastoral support duties on Wednesdays.

"Veterinary medicine is a stressful, time consuming and mentally-draining occupation and is often an overlooked industry in society," he explained.

"It is a disjointed network of people and every practice works independently with very little collaboration, communication and support between businesses."

Mr Wright, who set up Wrights Vets in Birtley, County Durham with his wife, also a vet, 18-months ago, said many surgeons move away from their home and church to find work, leaving behind their support network.

"Due to the increased expectation to work on Sundays those vets who previously attended church find it difficult to become part of a new worshipping community," explained the father of two.

"Antisocial hours also make it difficult for people, of all faiths, within the profession to socialise with others.

"This results in the veterinary community becoming a very isolated, disparate, group of people."

Mr Wright, who grew up in Jordanhill Parish Church and studied at the University of Glasgow, has experience working in practically all types of vet practices, dealing with farm animals, horses and small animals including exotic pets.

He promised to be a critical friend to the profession while remaining loyal and supportive of it and its members.

Mr Wright acknowledged that the sector is regulated by the Royal College of Veterinary Surgeons with support from organisations such as the British Veterinary Association but said many people felt they did not properly appreciate daily life at the coalface.

"Mental health is a major issue, made worse by COVID-19, and veterinary surgeons are four times more likely to commit suicide compared to the general population," he said.

"It can be an emotional rollercoaster because they make life or death decisions against a backdrop of increased expectations from clients and increased risk of litigation.

"Many feel isolated and undervalued because they are often underpaid in comparison to their medical counterparts."

Mr Wright, who has been a vet for 10 years, said his role would encapsulate a subtle form of evangelism.

"There is so much in the Bible about caring for creation which is what we do on a daily basis – vets follow God's command to look after nature," he explained.

"It may be that by being a listening, loving and caring presence some people may join, or re-join the church in the new part of the world where they have settled.

"It may be that entirely new worshipping communities grow out of the ministry but this is not the primary objective."

Mr Wright said he hoped to organise events in the future to bring people together, whether it is to celebrate the profession generally or something with a spiritual dimension.

"The presbytery felt that there was a need for a ministry to get alongside that community, to offer an ear to listen and to provide spiritual support if they wanted it," he explained.

"The appointment of the pioneer ministry is very much an ecumenical one, working with vets from many different denominations.

"We hope that through this ministry we will reach out to the community in the north-east of England and develop the mission of the Church of Scotland."

Rev Chris Blackshaw is the Kirk's dedicated minister to the farming community in Ayrshire.

Separately, the Presbytery of Irvine and Kilmarnock has launched a new Mission Pioneer programme to connect with people in refreshing and dynamic ways. Mission Pioneers innovate to bring the Good News to Ayrshire 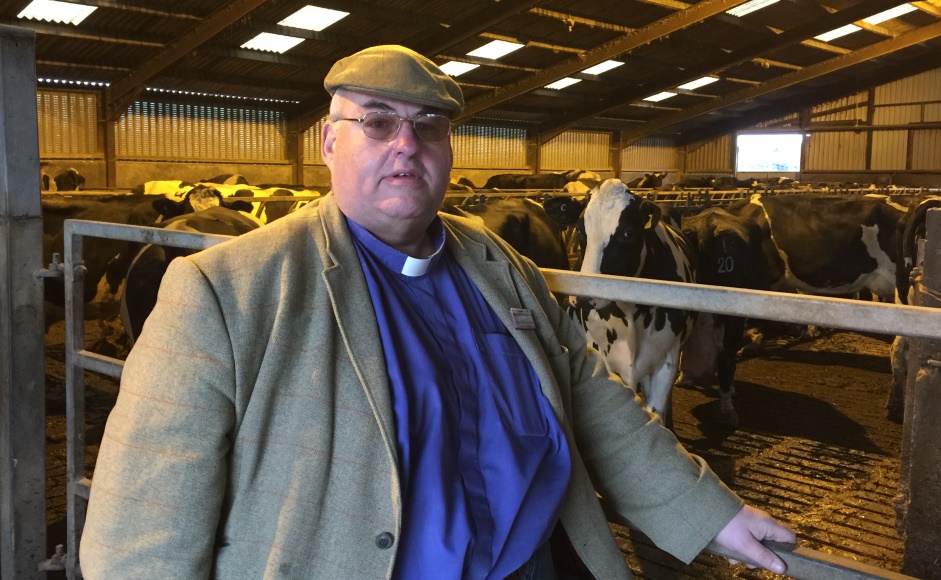 Pioneer ministers help bridge the gap between church and community