A message from the Moderator of the General Assembly of the Church of Scotland, Rt Rev Dr Martin Fair:

“The death of the Duke of Edinburgh marks the end of an era in the life of our nation. Prince Philip’s naval service to our country in time of war, and his enormous service to the nation afterwards, and his support of many organisations and charities in industry, education, conservation and sport have been an example to many.

“Throughout his long life, Prince Philip has shown how privilege ought to be marked by service. In his dedicated and distinctive way, he has shown our nation what this looks like, and what kind of difference it can make.

“The inception of the Duke of Edinburgh Award to recognise significant leadership and community service in the lives of young people has inspired generations to look to ways to make a difference in communities and the wider world. The award has transformed the lives of many young people, giving a sense of confidence and self-worth through achievement and hard work.

“The Duke’s constant support for Her Majesty the Queen as her consort throughout their marriage has been unswerving. He was, in the Queen’s own words, “her constant strength and guide”.

“The Church of Scotland shares in the nation’s sense of loss at this time, and gives thanks for the Duke’s life. We offer our prayers and sincere condolences to Her Majesty the Queen and the members of the Royal Family.”

Prayer following the death of HRH Prince Philip, the Duke of Edinburgh

Almighty and everlasting God, ‘the life of mortals is like grass, they flourish like a flower of the field; the wind blows over it and it is gone, and its place remembers it no more.’

But You are forever, from everlasting to everlasting, and we put our trust in You for You have promised never to leave us nor forsake us.

Loving Lord, in this last year, through the worst of a global pandemic, we’ve been face to face with our fragility and vulnerability, perhaps for some of us as never before.

Against that backdrop of hurt and loss, we give you thanks for the life and service of Prince Philip, the Duke of Edinburgh. Some are called to the front of the stage, others to supporting roles and we rejoice in the way he supported Her Majesty the Queen through all of the years of her reign.

We remember, too, his work supporting charities and, perhaps most memorably for young people for over sixty years, his patronage of The Duke of Edinburgh Award scheme.

In this hour of loss, we offer our heartfelt prayers for Her Majesty and her family. Comfort them in their loss, bind up their wounds and grant them the consolation of a store of treasured memories. Grant Her Majesty the peace that comes from knowing you and which passes all understanding.

These and all our prayers we ask in the name of Jesus, who through his life, death and resurrection offers us hope instead of despair, life instead of death.

For further updates please check the websites of the Scottish Government and the UK Government.

The website of the British Monarchy also has more information, as well as an online book of condolence. 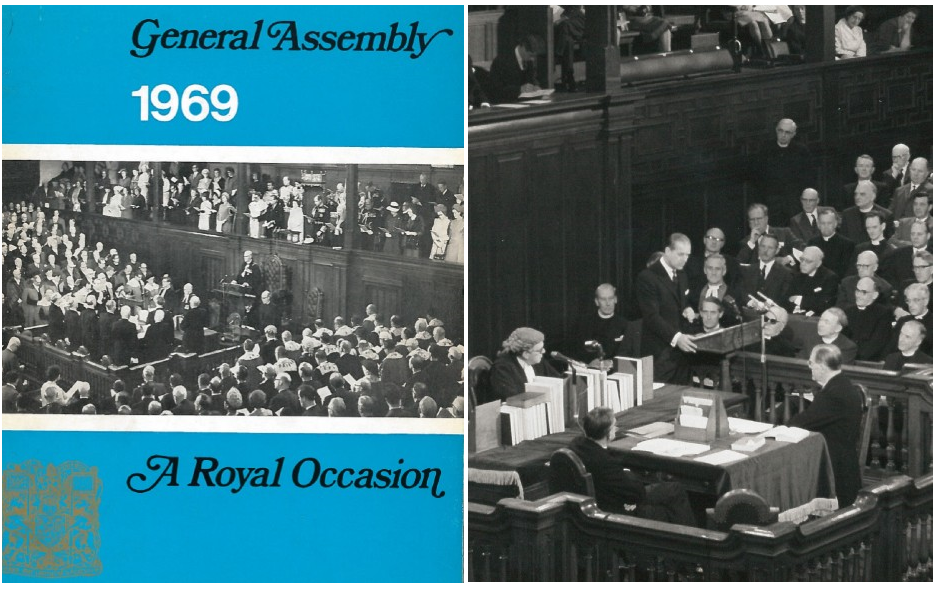