Church members are encouraged to use their voices to call for a cleaner, greener and fairer future.

The fresh call to put care for creation at the heart of plans to rebuild a strong economy following the COVID-19 crisis comes on Earth Day, an annual event dedicated to supporting environmental protection.

Climate change has profound implications for the world and the impact falls most heavily on people in poor countries who have done the least to cause global temperatures to rise.

This is very clear in the western province of Zambia in Africa where thousands of people on the brink of starvation travel many miles to a food distribution centre.

Changing weather patterns in the Mwandi district have caused severe drought which has led to crop failure, the loss of livestock, starvation and death.

During his year as Moderator of the General Assembly, 2019-20, Very Rev Colin Sinclair, visited the distribution centre which is run by a Christian charity called World Renew and supported by the United Church of Zambia (UCZ), a partner of the Church of Scotland.

"When you are watching people having to stand in queues for food aid because their crop has been wiped out yet again by drought aggravated by climate change, you realise that this is not just about the inconvenience of more extreme weather," he said.

"It is about livelihood and life itself, and the loss of dignity that accompanies it.

"Sadly, as all too often, it is the poor in our world who pay the price for our abuse of the earth and this resources"

Listen to the science

They will discuss the Paris Agreement, a legally binding international treaty on climate change adopted by 196 countries in 2015.

Its goal is to limit global warming to 1.5 degrees celsius, compared to pre-industrial levels.

Each country has to prepare a nationally determined contribution plan to set out how greenhouse gas emissions will be reduced.

They have to be revised and strengthened every five years hence why COP26 is an important event.

Rev Roy Kanchele, UCZ's Western Presbytery Bishop, said he hoped that world leaders would seriously examine the impact of climate change on people in countries like Zambia when looking to strengthen their commitments.

"My ultimate frustration is that if we lived in a world that was fair and just these problems would be something we could address ourselves," he said.

"But, because we haven't caused these changes in our climate, we alone cannot solve them.

"We need richer, more polluting, countries to change their behaviour and cut their emissions rapidly if we're going to hold back and even reverse the devastation of climate change and its effects.

"This crisis is global in its nature and making, and as such we must see this as an opportunity for the world to act together, in solidarity and fairness."

In 2019, the General Assembly recognised that the world is facing a climate and ecological emergency – a position reaffirmed in October last year.

Research by climate scientists over 40 years has demonstrated that people are responsible for the catastrophe, principally through continuing use of oil, gas and coal.

Keith and Ida Waddell are the Church of Scotland's mission partners in Zambia and work with UCZ, dividing their time between Mwandi and Lusaka.

Mr Waddell said: "Both commercial and subsistence farmers in Zambia have been affected by the variability of rainfall.

"This has meant a shorter rainy season or rain at the wrong time.

"Zambia is also suffering from an increased rate of deforestation which has led to localised flooding."

The couple's son, Ruaridh, is the Asia director for World Renew, which has been running outreach programs in Zambia since 1990.

Last year, the General Assembly called for a strategy for the Kirk to transition to net-carbon neutral by 2030.

Speaking in February, Very Rev Dr Susan Brown, convener of the Faith Impact Forum, said: "There are many things the current health crisis has taught us - the need to care for our neighbours, care for the planet and self-care.

"The COP26 in Glasgow offers people an opportunity to show how sincere we are about playing our tiny part in re-setting the world's agenda so that this planet continues to be as beautiful, as fruitful and as diverse for future generations to continue to enjoy and protect.

"The world belongs to God.

"Let's show it, by being ready to volunteer and to engage with the opportunities and challenges that will come from COP26.

"Our neighbours, the planet and we, will all be the better for it."

A UK and Ireland wide initiative called Climate Sunday is calling on congregations to hold a climate-focused service on any Sunday before COP26.

The aim is to explore the theological and scientific basis of creation care and action on climate, to pray, and to commit to action.

Congregations are encouraged to make a commitment to taking long term action to reduce their own greenhouse gas emissions.

The Presbytery of Glasgow and other representatives from Church of Scotland are working ecumenically with Glasgow Churches Together Glasgow as part of a larger COP26 co-ordinating group.

Eco-Congregation Scotland's Annual Gathering on Saturday brings churches and volunteers together from all over Scotland to consider "COP26 and beyond". 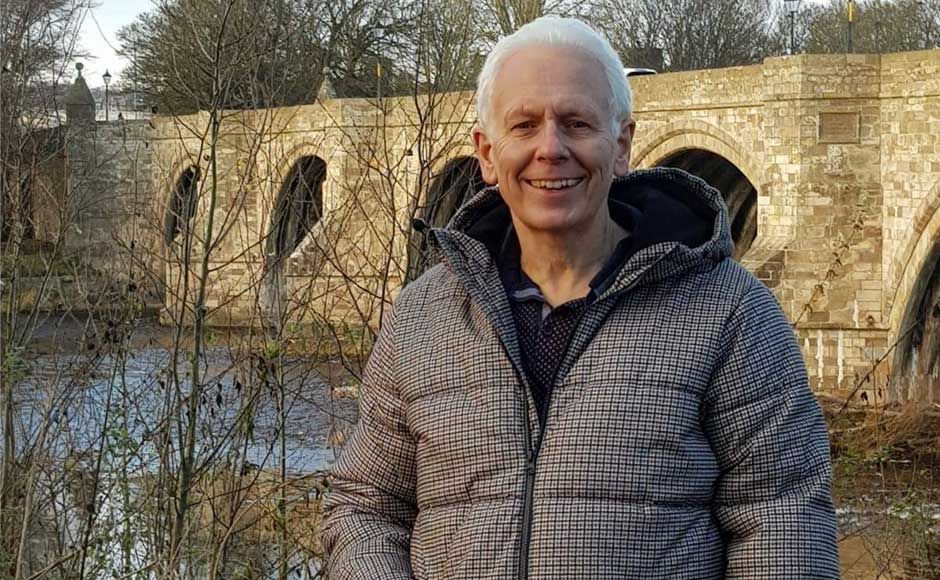