Just heavenly - Moderator bags Scotland's Cardinal Munros one after another

With the wind on his back and a prayer in his heart, the Moderator of the General Assembly bagged Scotland's four Cardinal Munros one after another.

Rt Rev Dr Martin Fair, who only has partial use of his left arm which affects his balance, climbed a combined height of 12,484ft over three days to mark the end of the Week of Prayer which brought Christians together.

He prayed for the wellbeing of the Kirk and the country from the summit of the Cardinal Munros which are the most northerly, westerly, southerly and easterly mountains over 3,000 ft high in Scotland.

They are Ben Hope in Sutherland, Sgúrr na Banachdaich on Skye, Ben Lomond near Loch Lomond and Mount Keen in Angus.

Dr Fair, who was accompanied by one of his chaplains, Rev Gregor McIntyre, and Rev Richard Begg, an Army Chaplain, said he "loved every minute" of his often demanding adventure despite the wind, rain and swarms of midges.

"I am a mountain lover and praying for the Church and the country from these high places, looking down and surveying the magnificent scenes, was an emotional, humbling and moving experience," he added.

"The other high point was doing the challenge with friends and we had great fun along the way."

The biblical context of the Cardinal Munro Challenge relates to a quotation from the Gospel of Luke: "We'll be following in the master's footsteps: ‘Jesus went up on a mountain to pray…' Luke 6:12."

Dr Fair, minister of St Andrew's Parish Church in Arbroath, Angus, tripped and fell in August 2017 and broke a bone in his left arm.

It has never properly healed despite three operations and he needs help to put on ties, tie shoelaces and he drives a specially adapted car.

The Moderator said: "My balance is compromised and when you move from boulder to boulder you quite often have your arms out like a tightrope walker .

"But when you don't have the left arm doing that , it affects your balance and confidence.

"It was challenging coming off Ben Lomond because for the last hour and a quarter we were moving in complete darkness.

"We had head torches on but you are still have to pick your way down step by step and that was really demanding."

Mr Fair said he and his friends clocked up 750 miles in Mr Begg's VW Camper van between last Thursday and Saturday.

"I jumped at the chance to do the Cardinal Munro challenge when Richard suggested it to me and hats off to both of them.

"They came off the mountains and were immediately faced with four hour drives to the next place.

"Those guys had a tough shift, diving in the dark and rain, and did a fabulous job."

Dr Fair said the challenge was a great way to end the Week of Prayer and thanked the thousands of people from across the UK and further afield who engaged online.

"It was about bringing people together and judging by the numbers who took part in prayer gatherings and engaged with the daily videos, it was successful" he added. 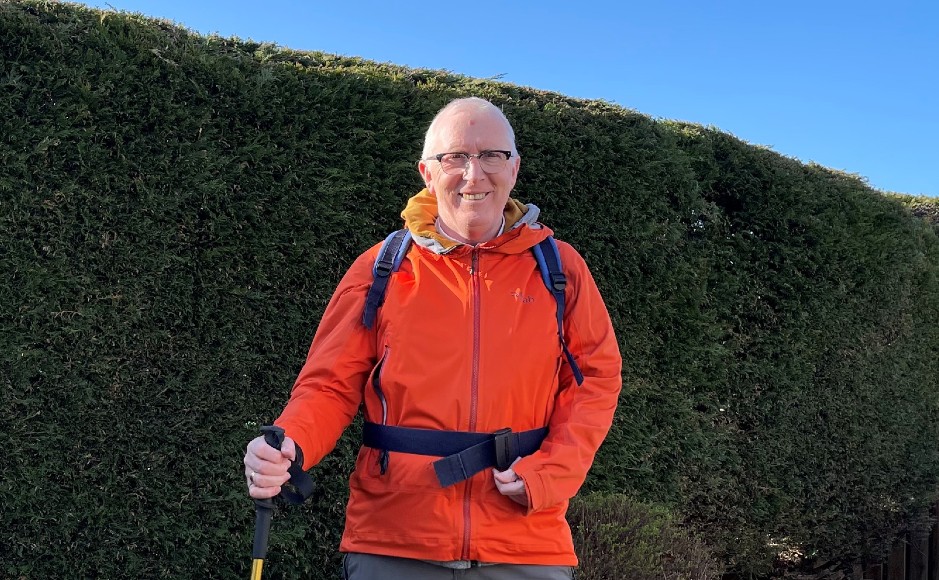