The Moderator of the General Assembly has accused the UK Government of "dishonouring God" by continuing to put up barriers against vulnerable people fleeing conflict.

He described the government's pursuit of hostile policies, including forcing asylum seekers to go to Rwanda, as an "unspeakable disgrace and a stain on our nation".

There is uncertainty now over the legality of the UK Government's policy to send asylum seekers to Rwanda after last-minute legal action prevented the first flight from taking off.

The flight was cancelled after an intervention from the European Court of Human Rights led to fresh challenges in the UK courts.

The offering of sanctuary and hospitality to all is important to Christians who see every human life as being made in God's image.

Jesus Christ told His followers that when they welcome a stranger, it is as if they were welcoming Jesus Himself.

The Church of Scotland is opposed to any policy that "exploits people's fears of the outsider" and congregations work hard to support and welcome people into their communities.

Dr Greenshields said: "An ordinary family, enjoying life following the birth of their first child. Then came the dreadful news that a tyrant was planning on killing their son.

"That was the moment that fear caused them to flee from their country.

"They became people seeking refuge in another country – refugees through no fault of their own.

"Who were they? Mary, Joseph and their son Jesus.

"Their story is a story repeated all over the world as we seek to build a culture of welcome that embraces the values of human dignity and worth of all people.

"As people flee oppression, violence, conflict and war, many unfortunately do not find the welcome or safe place they need.

"In the UK, the new Nationality and Borders Act 2022 threatens the very principle of refugee protection and offers protection on the grounds of how people arrive in the UK, rather than the war, terror and persecution a person may be fleeing from.

"The trajectory to create a web of hostile policies to make life as difficult as possible for those seeking protection continues.

"This is an unspeakable disgrace and stain on our nation.

Change of heart and direction

"Our UK Government is putting up barriers to prevent people finding the peace and safety they need, and robs them of the opportunity to contribute their skills and experience to the communities they live in and to rebuild their lives.

"People now face the prospect of transportation to Rwanda.

"Next week is Refugee Week and I wanted to offer a prayer for refugees around the world, but find myself, in the name of the One who Himself was a refugee, calling on the UK Government for a change of heart and direction.

"They may feel their policy to be just and right but they dishonour God by their inaction, lack of compassion and disgraceful attempted solution to this critical situation."

God of Compassion, the God and Father of our Lord Jesus Christ.
We pray for the tens of millions of refugees and displaced peoples of this world.
Those displaced by war, violence, fear and famine and greed.
We cannot conceive of the dread with which many of them live.
We do remember Ukraine, but also those many, many places throughout the world where, for decades, people have been living in camps – widows, orphans; often places where people are preyed upon by unscrupulous people.
We pray against those who perpetrate violence and fear, yet pray too for them, that You might change their ways.~
We pray for those organisations committed to bringing support – physical, personal, emotional and spiritual to those whose lives are broken.
We pray that our government and other governments might be moved by policies of compassion and open their hearts to those who perhaps have been long forgotten – remembering Your words, calling us to love our neighbour.
We pray for ourselves – speak to our hearts and minds that we might do everything in our power to make a difference to those in greatest need – not just to feel and say the right things but to be stirred to action.
To You, whose heart is full of compassion, where compassion is most needed, make it happen.
Amen 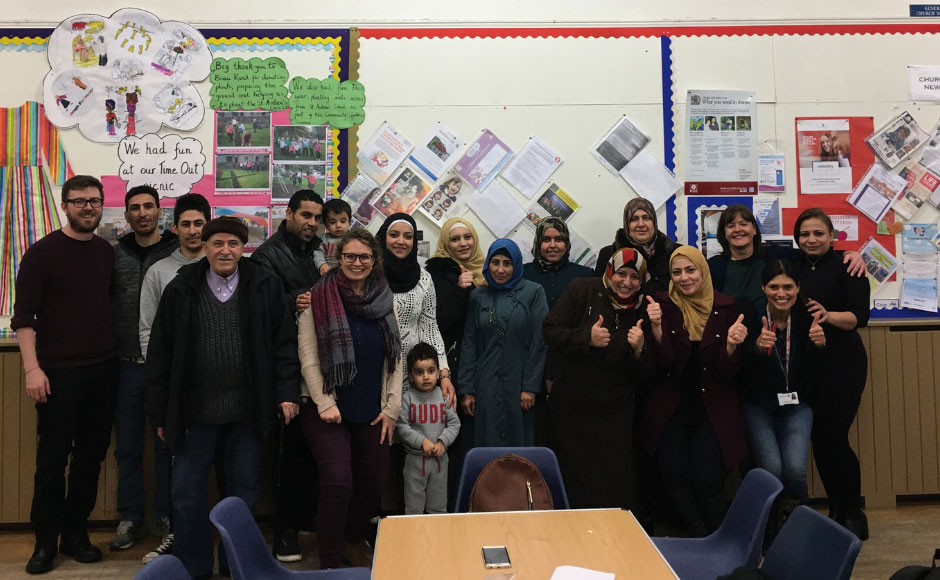