Extending the 'Cup of Friendship' to 100 people isolating at home

A kindhearted girl has created 100 "Cup of Friendship" boxes for people who live alone to show them that they are important and cared for.

Lily White used money set aside for her cancelled birthday party to fill them with teabags, coffee sachets, milk, packets of biscuits and cakes for two.

The thoughtful nine-year-old designed the front of the boxes with a colourful picture of a teacup, helped create beautiful prayer cards and included a message.

It reads: "Everyone should know that they are not alone. I hope that this box makes someone smile and they can enjoy a cuppy and a biscuit."

Lily attends Arbroath West Kirk in Arbroath in Angus and worked on the project with her minster, Rev Chris Hay, who described her act of kindness as "humbling" and a demonstration of "Jesus' love in action".

The boxes are being posted out this week to 100 members of the congregation who have been isolating alone in their homes since the start of the first COVID-19 lockdown last March.

Lily, who is in P5 at Muirfield Primary School, said: "God tells us to share with others, to care for one another, be kind and use our gifts and talents to do ‘His' work.

"We have all taken things for granted and lockdown has made us all think about what is important.

"Church is important to me and I have missed seeing my church family each week and I am sure they have missed me.

"I worry about people who are on their own, they must feel lonely and isolated and I want these Cup of Friendship boxes to make people smile and to show that someone is thinking about them."

Lily's mum Vicki, the organist at Arbroath West Kirk, said she and her husband, Steven, are "very proud" of their daughter.

"Lily was born into the church and sees the congregation as her extended family and during the first lockdown we were without a minister and found it hard to be able to reach out to those who needed it," she explained.

"Lily came up with this idea and my husband and I gave her £100 which was set aside for her birthday party which was unable to happen.

"She planned, drew, coloured and bought all the items herself.

"Chris helped by providing prayer cards and working out how these boxes could be sent out into the community.

"Without her help this would not have been possible."

Mrs Hay was ordained into the ministry of the Church of Scotland in October and Arbroath West Kirk is her first full-time charge.

"Like many churches, we have a large percentage of older members, many of whom live alone and are not experts in the use of the internet and social media," she explained.

"Lily's initiative, her thought for others at a time when activities were cancelled for her, coupled with her commitment to filling and completing each box is humbling.

"The Kirk Session is delighted to support her by providing the names and the means to distribute them by post as we can't deliver them in person.

"It's a great demonstration of Jesus' love in action and we hope that each box will brighten someone's day and encourage them as we wait for the restrictions to be lifted." 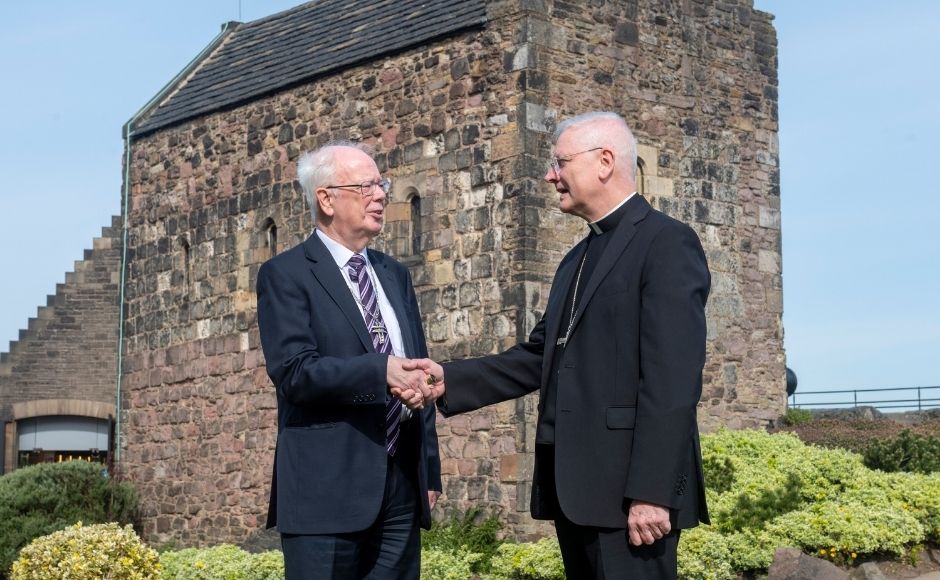