Presbyterians in South Korea have donated COVID-19 testing kits to the NHS to mark the 70th anniversary of the start of the Korean war.

The act of generosity was spearheaded by Rev Dr JunSoo Park who said 1,114 British soldiers, including 236 Scots, died during the 1950-1953 conflict and his countrymen wanted to help in the fight against Coronavirus.

A total of £50,000 was donated by the Koinonia Mission Association Busan, Global Together Seoul and the Lord's Presbyterian Church of Korea in Seoul to buy the testing kits in an act that illustrates the "deep and lasting bonds" between South Korea and Scotland, which date back to the 1880s.

They were manufactured in South Korea, shipped to London then brought to West Lothian by Dr Junsoo Park, a Presbyterian Church of Korea minister.

Defenders of the faith

Dr JunSoo Park, who is currently leading St Andrew's United Reformed Church in Balham, London, said the kits have now been handed over to the NHS procurement service.

"Thanks to Scottish missionary Rev Dr John Ross's translation of the New Testament into Korean, the Presbyterian Church of Korea quickly grew," he said.

"Later, against this background, Scottish soldiers took part in the Korean War and as many were Presbyterians, they were defenders of the faith.

"That is why the 70th anniversary of the start of the Korean War should be celebrated with Scottish Korean War Veterans at the memorial.

"In this pandemic, we Koreans want to fight and overcome COVID-19 together."

The Korean War started on the 25th of June 1950 and was a conflict between North Korea, backed by China and the Soviet Union, and South Korea which was supported by the United Nations, principally the USA.

Almost 100,000 British soldiers took part and it ended three years later with a peace treaty signed at Panmunjom which returned Korea to a divided status essentially the same as before the war.

Rev Dr Susan Brown, convener of the Faith Impact Forum of the Church of Scotland, said: "In times of greatest adversity, when people risk their lives to come to the aid of another, deep and lasting bonds are forged.

"Seventy years ago, thousands of Scots found themselves on the Korean Peninsula and many lost their lives in pursuit of peace there.

"It is an enormous mark of respect for the sacrifice they faced and in a spirit of gratitude for their selflessness, that the testing kits have been both given and received."

Dr JunSoo Park studied a PhD at New College, the University of Edinburgh and during this time he served St Michael's Parish Church in Linlithgow, West Lothian. 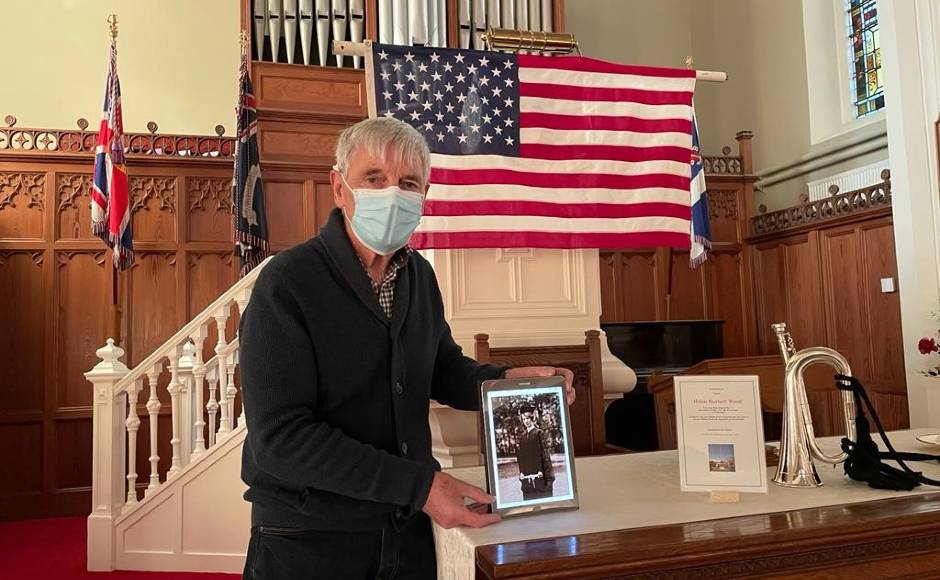