Scottish and UK government ministers have been urged to put their political differences aside and work together to reduce drug deaths.

Rev Brian Casey of Springburn Parish Church in Glasgow said the status quo is no longer tenable because fatalities in Scotland are at a record high and bold action is needed to tackle the public health emergency.

The Kirk minister, who has conducted hundreds of drug death related funerals including three members of the same family, is attending two summits in Glasgow – the Scottish Drugs Crisis Conference today and the UK Drugs Summit tomorrow.

Official figures show there were 1,187 drugs-related deaths in Scotland in 2018, up 27% on the previous year, a rate higher per capita than any other European country.

Mr Casey, who is addressing the UK Drugs Summit, said: "It breaks my heart that there is hardly a day goes by when I don't see death or pain and brokenness associated with drugs.

"As a former police officer I was on the frontline of the war on drugs and I am still fighting but now realise that the addicts are the real victims."

Come together for the common good

Mr Casey said one of the first drug-related funerals he conducted was for a two-year-old girl.

"She swallowed a fake Valium left lying around by a mother so caught up in addiction that she didn't notice or didn't care," he added.

"When I close my eyes I still see that wee girl's pink coffin being carried into the church and her 11-year-old sister give a eulogy for a beautiful little soul taken far too soon.

"I am reminded of a 16-year-old girl with her life ahead of her who took one Ecstasy tablet in a moment of weakness and she died almost instantly.

"Or the brothers aged 11 and 15 who came to me to arrange their 43-year-old, estranged father's funeral."

Status Quo no longer an option

Mr Casey said the stories of personal tragedy inspire and motivate him to try and help make a positive difference.

"I hope members of Scotland's two governments set aside their differences and commit to working together for the common good," he added.

"I hope they agree that enough is enough and pledge to be bold and innovative and make real, meaningful change for people who want a hand up to help themselves.

"The status quo is no longer an option."

Hundreds of crosses representing people who have died drug-related deaths in Scotland have been planted in the garden at Springburn Parish Church.

They were installed by a group called Faces and Voices of Recovery (Favor), a UK charity that campaigns for change.

In December, Mr Casey led a candlelight vigil involving hundreds of people through the streets of Springburn in memory of those who died.

But funding for Residential Abstinence Recovery Service (CRARS) in Glasgow has been cut.

Rt Rev Colin Sinclair, Moderator of the General Assembly of the Church of Scotland, raised the issue with party leaders at the Scottish Parliament this week. 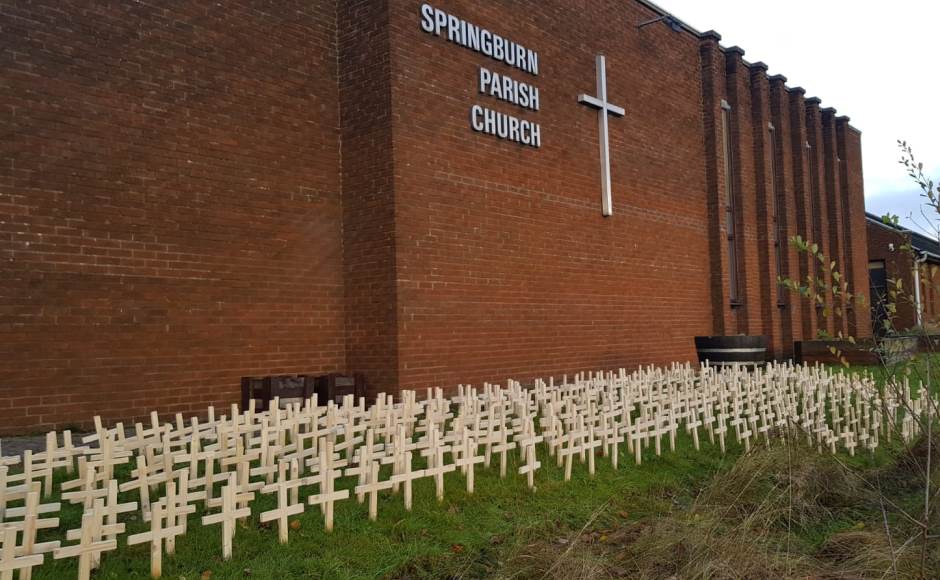 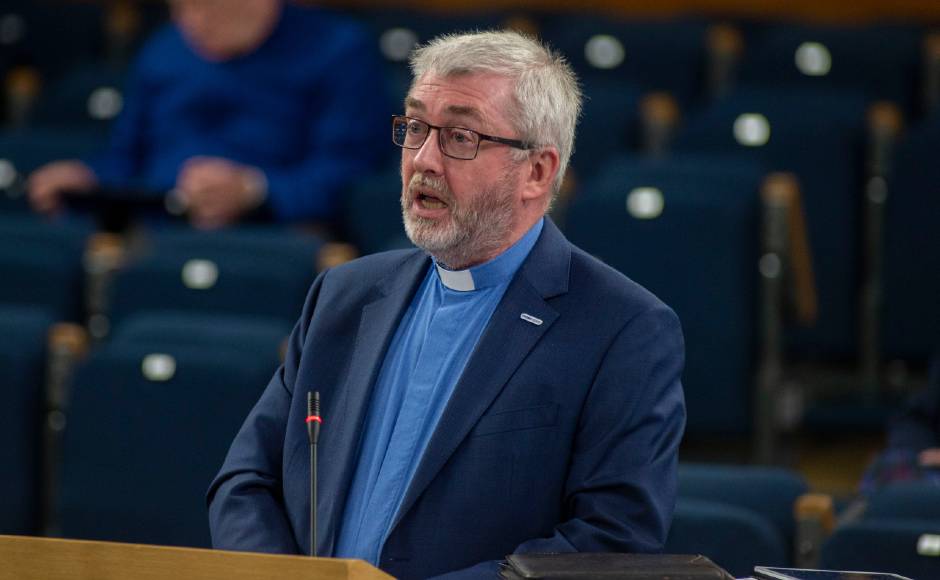