A Scots nurse is fighting to cut cancer deaths in an African country which only has one specialist hospital for 17 million people.

Ida Waddell, who has been described as a modern day Mary Slessor, is campaigning to open screening and care services in four hospitals and six clinics in rural areas of Zambia

Mrs Waddell, health secretary for the United Church of Zambia (UCZ), said an estimated 3,000 new cases of cervical cancer are reported each year and 71% of women die despite it being a treatable disease.

The trained theatre nurse, who helps run Mwandi Mission Hospital in the western province, hopes that the UK and Scottish governments and other British charities will help her save the lives of some of the poorest people in the world.

Mrs Waddell said: "Zambia has only one specialist cancer hospital which is in the capital, Lusaka, and there is a six month waiting list before you can access treatment.

"Most of the health institutions run by UCZ are in hard to reach places - Mwandi is 10 hours drive away from Lusaka - which means it is very difficult for patients to access treatment."

Mrs Waddell and her husband Keith have been the Church of Scotland's Mission Partners in Zambia since 2008.

The 64-year-old, who was raised in Port Glasgow and north-east Fife, said a cervical and breast cancer "Screen and Treat" programme has been successfully piloted at Mwandi Mission Hospital.

It has been made possible thanks to more than £40,000 donated by Hope Park & Martyrs Church (HPM) in St Andrews, Fife which has been used to buy equipment including a Thermocoagulator.

The machine, which can be powered by a battery, can be easily transported to clinics in outlying areas to carry out vital early prevention testing.

But Mrs Waddell, who spends a lot of her time in Mwandi where Scots missionary Dr David Livingstone first preached the Gospel under a camel thorn tree in 1853, said only 2.4% of people diagnosed get hospital treatment.

"Zambia records more than 5,000 cancer cases annually and we can save lives if we open centres with chemotherapy and radio therapy treatment units and trained nurses," she added.

"Pressure on services in Lusaka would also be eased," she said.

Mrs Waddell, whose father was a Church of Scotland minister, said UCZ was working hard to demystify the benefits of cancer screening in rural areas where 60.5% of the female population live.

"Culturally, it is taboo for a woman to ask her son for money to travel because of cervical cancer," she explained.

"Many women just remain silent and live with the disease.

"Some husbands refuse to allow their wives to be screened as they are afraid they will be sterilised and no longer be able to have children.

"Often it is only when a woman presents with a problem at Mwandi that she is then referred to a gynaecologist at hospital in Livingstone, which is around three hours drive away along a heavily potholed road.

"But only 7% of those referred access the next stage of treatment which is why we must start doing more for them where they are."

Bishop Roy Kanchele of the Western Presbytery of the United Church of Zambia said: "I very much support Mrs Waddell's plans to improve cancer care services in our hospitals and clinics.

"It is a very good idea and it will really help the community because screening rates in rural areas are very low."

Mrs Waddell has been likened to Dundee-raised missionary Mary Slessor, who worked in Nigeria in the late 1800s, because she also lives among local people, challenges traditions that have a negative impact on women, has delivered twins and adopted or fostered local children.

An image of "Ma Slessor", a humanitarian, weaver, teacher and magistrate who was inspired by Dr Livingstone to move to Calabar, adorns the Clydesdale Bank £10 note.

Muriel Gray, mission convener of Hope Park & Martyrs Church, said people were delighted to support Mwandi Mission Hospital which serves a population of 30,000 people but currently has no doctor.

"Keith and Ida visited Hope Park & Martyrs Church on a furlough visit five years ago and told us about the mission hospital and its challenges," she explained.

"They are truly inspirational people and our congregation have been an ongoing support ever since with various projects."

Last year, all six Kirk congregations in the St Andrews cluster, which includes Hope Park & Martyrs Church, agreed that the offerings from joint services should be given to the Mwandi Mission and just under £3,000 has been donated so far.

Callander Kirk has raised more than £2,500 for a Thermocoagulator which will be sent to a health facility in Mbereshi.

Meanwhile, Mr Waddell, the UCZ's education secretary, has his own plans to improve the lives of people in Mwandi.

He hopes to open a sheltered workshop for young people with physical and learning disabilities – an extension to the special needs unit he established at a primary school.

They would work alongside people without impairment and learn skills like market gardening, fish farming and hospitality.

Mr Waddell, a Scotland trained teacher who speaks the local language, said: "The special needs unit at the school is working well but often adolescents have no opportunities when they leave.

"They are seen as a burden, are very often hidden away and if there is a shortage of food they are often the last to be fed.

"Under my plans, they will learn skills that will provide them with an income, contribute to the household and be seen as a valued member of the family."

Mr and Mrs Waddell are both 64 but unlike the majority of people of their generation in Scotland, they have no intentions of slowing down.

"Our life and work is a calling and in the Lord's work you never retire," he said.

"As long as we remain healthy and continue to make a positive contribution, we are quite happy to keep working with people in the Mwandi area to help improve lives." 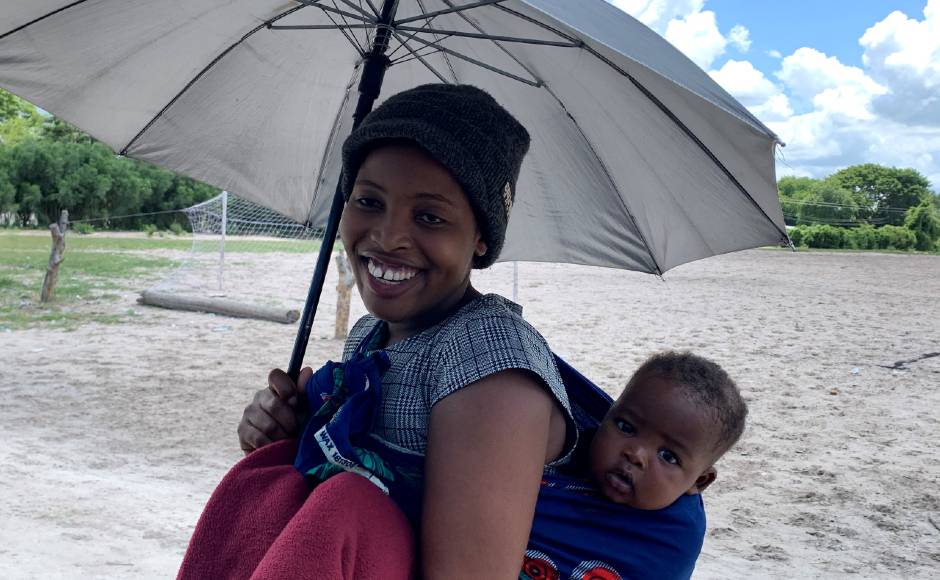