A former Kirk Moderator embarked on a voyage of nostalgia that proved to be a real “shock to the system”.

Very Rev Dr Angus Morrison visited his late father’s former ship for the first time in more than 40 years and was stunned by its transformation into a luxury 23-cabin hotel.

Happy memories came flooding back for the 65-year-old minister as he boarded Fingal and marvelled at the familiar yet strikingly different surroundings.

When he was a young man, he was a regular visitor to the former Northern Lighthouse Board tender which has undergone a £5million conversion.

Captain Norman Morrison served on the 239-foot long ship in the 1970s when its primary role was to ferry lighthouse keepers, essential supplies and maintenance staff to lighthouses along the west and north coasts of Scotland.

Built in Glasgow in 1964, Fingal was based in Oban, where the Morrison family lived, until 1994 when it moved to Stromness in Orkney before being sold to a private company in 2000.

The ship was renamed MV Windsor Castle and taken to the River Fal in Cornwall until it was bought by the Royal Yacht Britannia Trust in 2014, which changed the name back to Fingal, believed to be in homage to a third century king.

It is now permanently docked in Alexandra Dock, Port of Leith in Edinburgh.

Dr Morrison, who was Moderator of the General Assembly in 2015-16, said his father would be delighted to know that the red, white and blue ship has been transformed into something of “real beauty” and did not end its life in a breakers’ yard.

The minister of Orwell and Portmoak Parish Church in Kinross-shire, said: “Walking along the dock, it gave me a thrill instantly to recognise the unmistakable lines of a ship I had long known and loved.

“The sense of excitement I felt as we went on board was exactly the same as I had experienced every time I boarded her years ago when she played her full part in ensuring the safety of mariners around our coasts.

“On board, however, the experience was something of a shock to the system.

“Practical functionality had given way to a level of comfort and luxury its past crews could never have imagined.

“Much creative and careful thought has gone into the ship’s inner transformation.”

Dr Morrison, whose family hails from Harris in the Outer Hebrides, said he was often aboard Fingal when it was in port at Oban.

“The officers and the crew were always very kind to me,” he recalled.

“Dad would explain to me all the latest technology on the bridge and the engineers would take time to show me round the engine room.

“I was quite fascinated by it all and I loved the great big steering wheel on the bridge.

“I loved Dad’s cabin with round porthole, desk, chair, settee and bunk.

“All so compact and ship-shape and I used to enjoy reading for long periods in his cabin and occasionally did some studying at the desk.”

Dr Morrison’s father worked with the Northern Lighthouse Board for 36 years and was an expert at manoeuvring ships in treacherous waters that no other vessels dared to sail.

He was master of Fingal’s sister ship, Pole Star, which was based in Orkney, and commanded the Commodore ship, Pharos, based in Leith until he retired in 1986.

Captain Morrison, who served with the Royal Navy during the Second World War, was made an MBE for services to shipping around the Scottish and Isle of Man coasts.

The Royal Yacht Britannia Trust has gone to great lengths to maintain many of the original features of the working ship and many photographs and logbooks are on display.

Dr Morrison, who was accompanied by his wife Marion on the tour, took great pleasure in pouring over the logbooks and recognised many of the names written within.

He said: “I am very pleased that Fingal was not sent to the breakers' yard and the designers have created something new and of real beauty.

“They have also, in exciting and surprising ways, maintained a sense of continuity with the ship that had been.

“My dad would have been delighted.”

Dr Morrison said being abroad Fingal again left him with a mixture of emotions.

“There was a feeling of deep pleasure that the ship’s future has been secured and that it will continue to fulfil a valuable, if different, function in the years to come,” he added.

“Maybe not surprisingly, my thoughts also had a nostalgic hue as I reflected on an earlier part of this ship's story and recalled some of the kind and courageous sailors I had known.

“I am so glad that the devoted service they rendered in salutem omnium ('for the safety of all') will continue to be remembered and honoured in the time to come.” 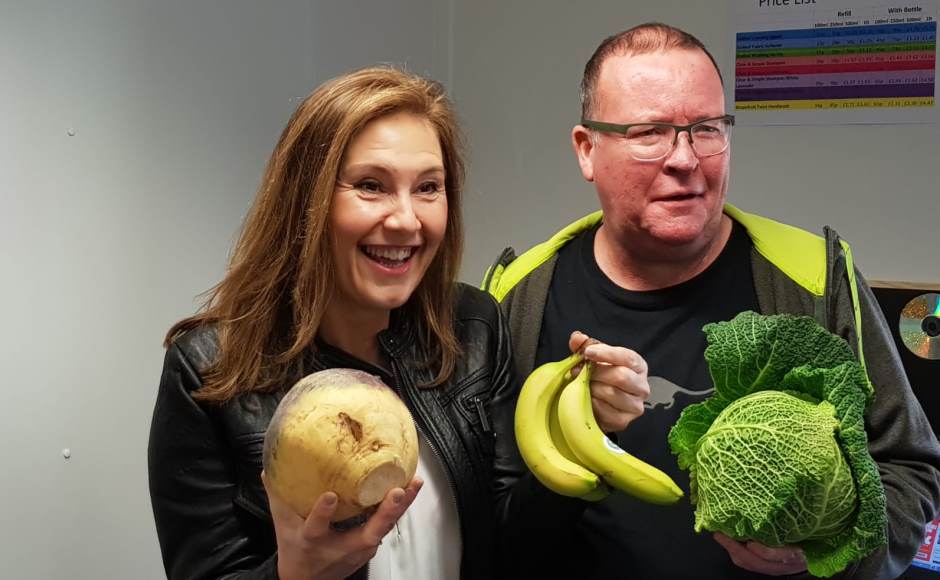