A minister dressed up as Captain Kirk to conduct a funeral service for a man whose life revolved around Star Trek.

Rev Brian Casey channelled his inner Trekkie to give Michael Hendry, known as Mikey, an out of this world send off in Glasgow this morning.

The minister of Springburn Parish Church wore a yellow shirt with the iconic Starfleet delta insignia to conduct the service at Maryhill Crematorium.

He greeted mourners with the Vulcan salute hand gesture.

The 35-year-old's coffin was adorned with Star Trek memorabilia including a plush toy depicting his favourite character, Captain Jean-Luc Picard.

Some of the 50 mourners wore Star Trek badges and when Mikey's coffin passed behind the curtain, Mr Casey uttered Picard's famous catchphrase, "Engage".

The minister said: "Mikey had special needs and did not get out the house much and his life revolved around Star Trek.

"He watched it endlessly every day and owned everything you could imagine – clothing, posters, figurines, DVDS.

"So his family wanted a service that reflected his life in a positive way.

"The request for a Star Trek themed service via a funeral director touched my heart because Mikey had a difficult life in terms of the cards he was dealt and I am a bit of a Trekkie myself.

"I know some of the theology behind Star Trek and I thought it was an interesting challenge and an excellent way to mark the life of a man who warmed the hearts of his community."

Mr Casey said the family, who referenced his love for the Sci-Fi franchise in a poem that was read out during the service, were delighted when they saw he was wearing a Star Trek shirt.

"They were very pleased with the service because it was so personal, he added

"I ended it with the immortal words ‘Live Long and Prosper' and got a round of applause which was nice."

Mikey's sister, Melissa Hendry, said he would have "loved" the ceremony.

"He was a big Star Trek fan so the service was very personal - it was just so Michael," she added.

"It was a great service."

Through its parish system, the Church seeks to serve all the people of Scotland and not just members. 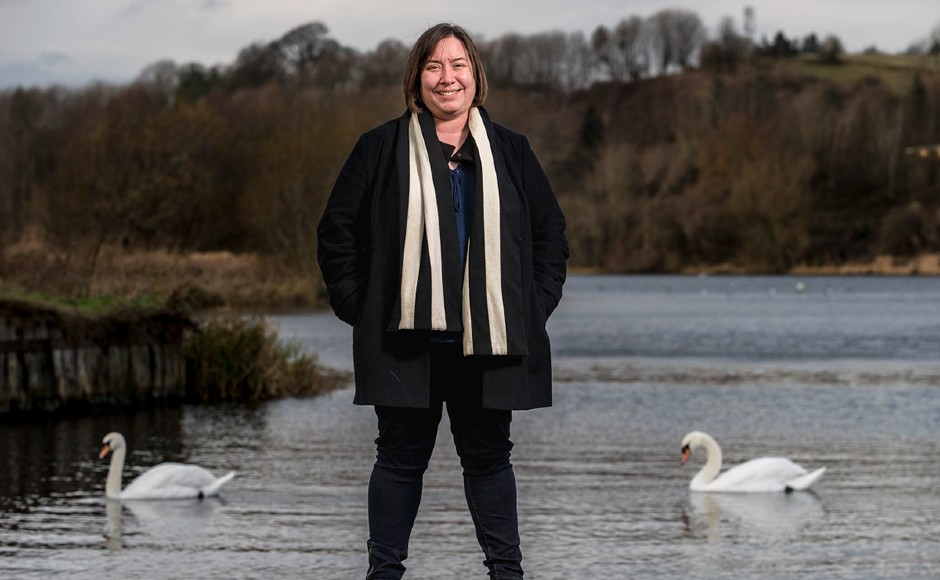